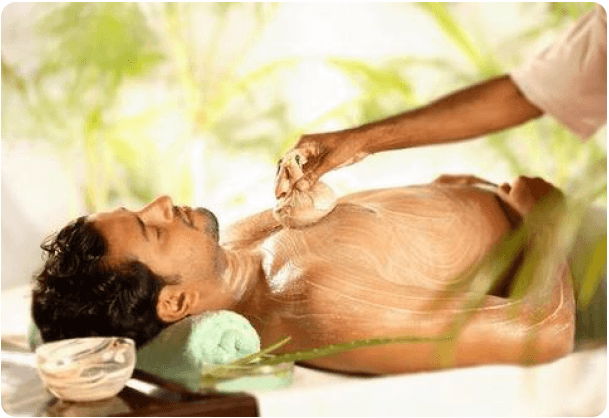 The perfect balance of mind, body and soul is considered as complete health in Ayurveda. The concept of mind in ancient India had been since pre-vedic period. Mind has been conceived to be functional element of ATMAN (soul) which described in Vedas – earliest written script of human race. It has been mentioned in Vedas that thoughts determine the facial appearance, thoughts influence facial expression.

Ayurveda describes three guna of Mind and named as Satwa (Balance), Raja (Arrogance) and Tama (Indolence). Mind is called ‘Manas’. Ayurveda describes that a possibility for disease is due to imbalance of the ‘tamas’ or ‘rajas’ in the mind which are the reactive tendencies which vitiate the mind and leading to emotional imbalance, also results in psychological disturbances, hence Rajas and Tamas are termed as ‘Doshas of mind’. Tridosha are Vata, Pitta and Kapha. These terms literally mean the darkness and brightness of the mind or negative thoughts in the mind or the clearness of mind. These impurities or imbalances are called ‘doshas’. The reason for any unhealthy condition is the toxins create by the accumulated ‘dosha’. These negative feelings are emotional toxins accumulate in the mind.

If they are not driven out of the body in a stipulated period of time, they give rise to or may lead into various chronic mental disorders like anxiety, neurosis, depression, insomnia, etc., If this is further ignored, it turns into permanent disorders like Unmad; unreasonable and irrational state of mind like hysteria, Apasmara (epilepsy) is also categorized as a mental disorder, Atatwaabhinivesh and other Manas roga under the Manovaha srotas or psyche centre. In Ayurveda, there are some different types of sets of behavioral alteration such as Kama, Krodha, Lobha, Bhrama, Tandra, Murchha, Sanyans, Maddattaya etc.

Ayurvedic science more concentrated on the aspect of mind, body and soul and thus molded the system of Ayurveda as treating process combining both mind and body. It also declares that health is the result of pure body, happy soul and selfless mind. Happiness and unhappiness are the final consequence of health and disease respectively and these affect the person wholly and not partly. Man is not a machine and as such can’t be operated equally with a uniform law. Every person has got his own individuality and to normal variations. This forms his constitution, which distinguishes him from other individuals. This is termed as ‘Prakruti’ of that individual according to doshas.

Every regimen or therapy has to be applied keeping in view the constitution of the concerned person and his suitability (satmya). The modern concept of idiosyncrasy, allergy and anaphylaxis may he interpreted on the basis of this old idea of Prakruti according to Ayurveda. There are specific mental treatments described in Ayurveda to cure physical problems as well mental disorders. The mental attitude, mental status of a person has a great role in the curing process of every disease and it directly affect on its. Even the modern medical science admits that without the proper consent and mental co-operation, no patient could be cured perfectly.