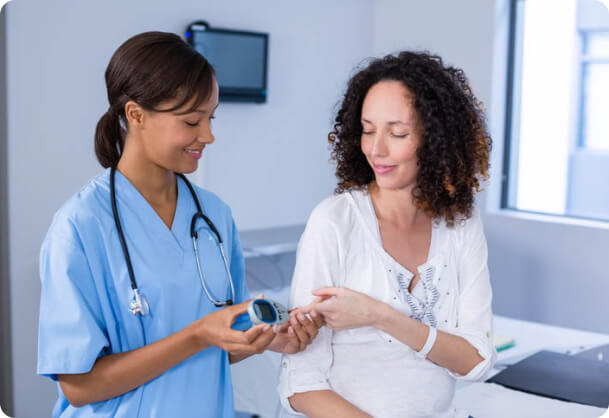 Diabetes Mellitus may be a chronic disorder during which the body is unable to form proper use of glucose, leading to the condition of hyperglycemia (high blood sugar). Excess glucose within the blood ultimately leads to high levels of glucose being present within the urine (glycosuria). This increases the urine output, which leads to dehydration and increased thirst.

Glucose comes from the food we eat and is additionally made in liver and muscles. The blood carries glucose to all or any the cells in our body. Insulin, a chemical (or hormone) produced within the pancreas, is liable for the uptake of glucose into cells for energy. Decreased levels of insulin affects this mechanism resulting in increased glucose within the blood stream.

In Ayurveda, Diabetes is called as Madhumeha. Madhu stands for ‘honey’ and Meha stands for ‘urine’. And it is categorized as a problem caused by aggravation of Vata ie. Vataj Meha. Deterioration of the body may be a characteristic that indicates impairment of Vata. Maximum deterioration of dhatus (body tissues) occurs during this sort of disease and this is often the rationale why all vital organs are suffering from Diabetes. The other prime explanation for DM is impaired digestion. Impaired digestion leads to accumulation of specific digestive impurities which accumulate in the pancreatic cells and impair the production of insulin.

Ayurveda doesn’t regard Diabetes as a disease which may be treated by mere medicine or by a dietary regimen. If not treated in time, Diabetes can cause several complications within the body, including eye problems, joint pains, impotency, renal failure , sexual and urologic problems, and more. Diabetes may be a disorder and it can’t be merely treated by controlling sugar levels. Ayurveda treatments rejuvenating the body to not only balance sugar levels, but also ensuring that no further complication is caused.

The Ayurvedic treatment for this disease is predicated on a whole change within the lifestyle of the person. Along with medication and diet, the patient is additionally advised to steer a healthy lifestyle and live a lively life. Dietary and lifestyle changes rejuvenate the body’s cells and tissues, allowing them to supply insulin properly. The medicines that are administered are therefore meant to remain the brain in its right manner of functioning.

A quick review of hypertension shows what percentage imbalances could contribute to the condition. Therefore, gaining true relief from hypertension will usually require a multifaceted, natural approach just like the one offered at Apthasree.

It is documented that diet plays a serious role in hypertension. Certain foods, like those high in sodium, got to be avoided. The accumulation of poisons and impurities within the system can create lesions, stiffness and blockage of circulation. Mental stress, tension, lack of exercise etc. are also the causes od hypertension.

Because hypertension are often caused by numerous diverse influences, the Ayurveda assessment of balance and imbalance doesn’t simply identify the gross physical abnormality and match up drugs to a symbol . This is because people can have an equivalent disorder for various reasons. An Ayurveda evaluation determines the imbalances within the functioning modes of the body. These underlying imbalances are the basis causes of a condition and must be removed if real healing is to occur. By determining the causal imbalances at the idea of a disorder, the Ayurveda Health Consultant can address the elemental source of unhealthiness within the individual.

Since hypertension are often influenced by many factors, like diet, digestion, toxin accumulation, stress, exercise levels and daily routine, the Ayurveda approach to the condition may be a comprehensive one that balances many physiological functions simultaneously.